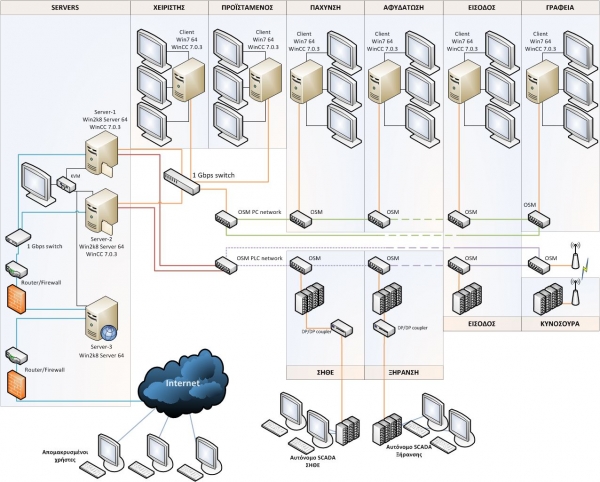 After more than ten years of continuous operation, the automation system of the whole plant is to be upgraded/updated.

Many subsystems were updated, and many new ones were installed in this period. All of them need to be added and interconnected.

The existing infrastructure will be upgraded and the automation layer will be further divided into two layers for better control.

The five biogas fueled power generators will be monitored, as will the gas turbine power generator. The biogas processing (desulphurization) and gas flares will be also included

All the sewage works in the land will be added

The automation principles used will be updated to the latest standards used succesfully in other projects.

All operational procedures will be revisited. After 10 years, the collected data and the operational experience gained will formulate the plant's modus operandi for the next 10 years and beyond.

More in this category: Wireless water consumption measurement and billing »
back to top